Boston was a pivotal nerve center for Eastern seaboard punk and hardcore in the early 1980s. A tight-knit musical community of often politically charged bands on either side of hard drinking or straight edge, commonly bonded by intensity and violence, Boston hardcore breathed through the city’s various college radio stations, Newbury Comics and the whole fanzine culture.

The scene also enjoyed the luxury of dedicated local record labels, in particular Taang!, that paved way for the alternative music boom to come. The hardcore scene waned within a few years, but the cultural impact it made is far more everlasting, and Boston had by then established a well-oiled infrastructure for fostering underground music. Taang! also gradually evolved beyond its hardcore roots, releasing hometown alternative pioneers like The Lemonheads, Moving Targets and Swirlies.

Another crucial point of interest in the growth of New England’s alternative sound was Boston recording studio Fort Apache, which housed seminal bands like Pixies, Throwing Muses, Belly, Dinosaur Jr., Bullet LaVolta, Sebadoh, Blake Babies and literal thousands more over the years. This further fortified Boston as one of the major ports of emerging indie rock of the 1980s and 1990s, continuously being fed each year by new hordes of students and local kids, including Bill Janovitz.

In 1982, at the age of 16, Bill and his family relocated from Long Island to Massachusetts. The move brought the aspiring musician straight into a honey bucket of independent creativity and vibrant teen spirit. Janovitz soon discovered usual suspects like Black Flag and the Replacements, who roamed across America and played every town and every club at the time. Attending the post-punk breeding ground of UMass Amherst, he met up with soon to be bandmates Chris Colbourn (bass) and drummer Tom Maginnis, and also befriended J Mascis of Dinosaur Jr., who later became an important patron of the band soon to be baptized Buffalo Tom.

Their eponymous 1989 debut album, Buffalo Tom, recorded by Mascis at Fort Apache, introduced us to a band peppered with teen angst and a knack for loud, distorted walls of guitars that couldn’t quite hide an obvious flair for pop hooks underneath it all. Propelled by the lead single “Sunflower Suit,” a regular at MTV’s 120 Minutes back in the days, the debut established the band as immediate indie darlings.

But Buffalo Tom soon replaced the charming ramshackle noisefest in favor for a more coherent slacker sound on their 1990 sophomore effort, Birdbrain, gradually leading up to the power trio’s classic mid period, defined by the critically acclaimed albums Let Me Come Over (1992), Big Red Letter Day (1993) and Sleepy Eyed (1995).

The remarkably steady line-up has continued to release quality albums up to the present, albeit at a slower pace than the years of their youth. Without ever losing their initial spirit, later albums like Three Easy Pieces (2007) and Skins (2011) are characterized by as always-intelligent songwriting, thoughtful and mature without ever losing their biting edge. Buffalo Tom has always balanced on this thin line, between gorgeous melancholy, in-your-face quiet-loud dynamics, jangly post-punk and arena sized anthems. 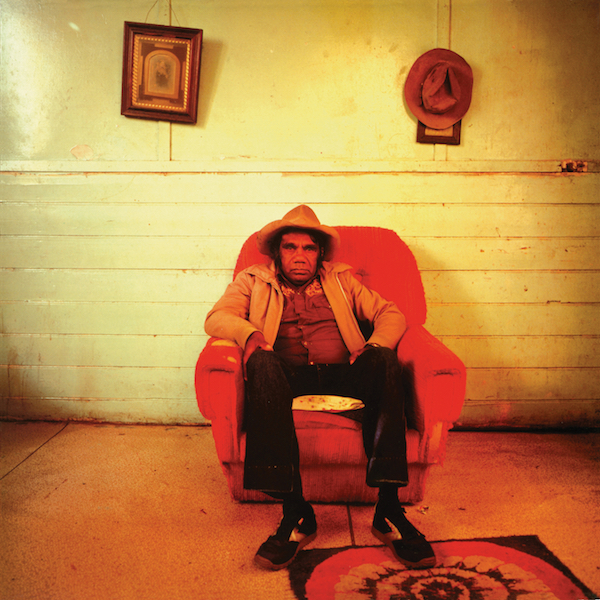 Of all the albums in their consistently strong catalog, Let Me Come Over holds a special place amongst many of their fans. Celebrating the record’s 25th anniversary this year, it is a flawless tour de force of poignant songwriting, packed with hook-laden, angst-ridden anthems like “Taillights Fade,” “Velvet Roof,” “Porchlight” and “Mineral.” In a fair world, Let Me Come Over would have secured Buffalo Tom among the stars.

And of course, they lived through an exciting time of alternative American guitar rock, witnessing firsthand the insanity of the Nevermind-fueled craze of major label deals, radio airplay and TV-appearances. Buffalo Tom surely benefited from this boom, but they never received their deserved mainstream recognition.

In a recent interview with Stereogum, Bill Janovitz wisely reflects on their lack of commercial success: “I can give you theories why I think we weren’t bigger. I think our lyrics are opaque, but we’re not like Pavement with opaque music. A lot of our music was very emotional, but it wasn’t really direct songwriting. There really wasn’t a compelling frontman. It was faceless and nerdy, but not ‘nerdy cool,’ like Weezer. It was a bunch of things that were never quite right. I wish I could blame a press agent or a manager or a label. But I think we were given an ample shot.”

But time might still be on their side. While a huge lump of their peers has fallen back to obscurity, Buffalo Tom still shines as a beacon of guitar rock. Their timelessly crafted songs have never been in style – and they’ve never gone out of style. BBC praised its songs as “a deeper take on the usual indie fare – slightly more intense than your Lemonheads, not as drunk on soul as Afghan Whigs, but not quite the self-loathing of Nirvana,” while Magnet magazine defined it “by the contradictions between Buffalo Tom’s rock-star aspirations and its inability to stomach the posturing that comes along with it, choosing instead to lay waste to its imperfections with some of the most devastatingly beautiful guitar rock of the ’90s.”

As a songwriter that has influenced generations to come we talked to Bill Janovitz about 5 albums that changed his life, in commemoration of the 25th anniversary of Let Me Come Over and their ongoing anniversary tour.

Bob Dylan: Highway 61 Revisited
The Rolling Stones: Out of Our Heads

I received these two LPs on the same day from the next-door neighbors of my grandparents when I was about 8 years old, in 1973-74. I had no older siblings, so the only records I had around the house were from my parents’ and they were not real rock and rollers or record buyers, so there was a scarce collection of Elvis Presley, the Mills Brothers, the Ink Spots, Bossa Nova stuff, etc. But I was obsessed with AM radio and carried around a yellow Panasonic transistor radio wherever I went. But mostly spent hours in my bedroom listening to it. 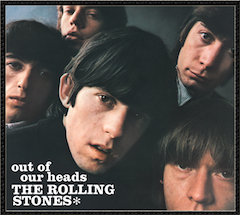 Receiving these two mono LPs as a hand-me-down, though, was a huge revelation. I knew almost nothing about Dylan and had only heard a relative few Stones songs by that point. These two albums, both released in 1965, were truly life changing. This is not an overstatement; they were so mysterious and dark, and made me want to know more about the artists, depicted so enigmatically lackadaisical or aloof on their respective covers. Both records are steeped in the blues and filled with arcane references. In Bob’s case, there is the surrealist symbolism and amphetamine-driven stream of consciousness, Biblical, Shakespearean, Americana, and other obscure allusions. With the Stones, they are variously lampooning an “Under Assistant West Coast Promo Man” or dropping London references, like “an heiress” who “owns a block in St. John’s Wood.” And the Stones had all these covers of classic soul and blues songs making up half the album. So I eventually went on to find the originals.

It took me years to figure out what the hell all of this was about. And in Dylan’s case, I am still not sure. But it was all driving, compelling, and sexy music and I became hooked to smart rock and roll from that point.

I had bought Sgt. Peppers when I was 12, though the first LP I recall buying was Stevie Wonder’s Songs in the Key of Life. Both were hugely important in my life, but as I picked up the guitar to learn at age 12, they were both distant from what I felt I could even possibly learn how to play. Meanwhile, the White Album was far more approachable, with the exception of some of the darker experimental corners. One of the first songs I learned how to play was “Rocky Raccoon.” It might still hold number one Beatles record in my heart.

My “cool uncle” from NYC bought me three records (I later discovered it was his younger and hipper boyfriend who picked them out) for my 14th birthday, clearly intended to open my mind, which was begging to be opened, having grown up in the decidedly more conservative suburb of Huntington, Long Island, where ’60s and ’70s mainstream rock was holding strong in 1980. They gave me a Nina Hagen EP, the first U2 record, Boy, and Talking Heads’ Remain in Light. The Hagen record was a hoot and a mild shock. My buds and I knew about punk rock but I could not yet figure out that Nina was a poseur/train jumper. No one had heard of U2 yet, and that sounded so new and fresh, yet accessible. I am not sure if I knew they would become so huge so fast, but neither was I surprised when they did.

But it was Remain in Light that drew me in immediately and I keep listening to though all my years. The Eno-driven production; the loops; the Fela Kuti and African rhythms; the off-kilter paranoid and funny poetry of David Byrne’s lyrics; but most of all, the still-insane-sounding guitar work by Adrian Belew, who I think was the most innovative guitar player since Jimi Hendrix — all of it blew my mind and made me ambitious to be an artist, to make music that was new and at least attempted to be innovative. I had known the Heads for a few years, “Psycho Killer,” “Take Me to the River,” “Cities,” and “Life During Wartime,” were all getting lots of airplay in NY. But this record was revolutionary for me and I became a huge fan, going to see them in Providence on the tour that was filmed for the Jonathan Demme (RIP) movie, Stop Making Sense.

My trajectory of seeking out new music continued, and became especially easier when I turned 16 and my family relocated to the suburbs of Boston in 1982. College radio was and continues to be a strong presence around here. I finished my last two years of high school in a tiny conservative town, with a graduating class of 180 (compared to around 800 at my New York school). But lots of the kids in my class were into new wave, punk rock, etc. The Clash were huge and kids were buying the Violent Femmes first record, the Specials, Police, plus the more adventurous of us were going into Boston to Newbury Comics record store (there was only one at the time) and buying New Order, Mission of Burma, the dBs, Echo and the Bunnymen, and that sort of thing. It was just an exciting time. So much seemed to be changing rapidly from 1980 to 1984. One of the bands that everyone loved was the English Beat, who played the Walter Brown hockey arena at Boston University in the spring of 1983. A bunch of us loaded into a few cars and went to skank our skinny asses off.

But the opening band, R.E.M., stopped me in my tracks. No one had heard of them. Instead of the light and bright ska-pop of the Beat, R.E.M. was this murky, yes, jangly group that looked like artsy hippies in flannel shirts, long hair, white shirts with vests, Rickenbacker guitars, in blue lights and shadows. Occasional lyrics floated to the surface of this mysterious, dreamlike music. Just as with the Stones and Dylan records, they were the proverbial portals and I wanted to dive in and learn more, and just as with those artists, I became a lifelong fan of R.E.M. I felt like they were my discovery. It was not hand-me-down music. It was an unparalleled thrill when Buffalo Tom was invited to stay at Peter Buck’s house in Athens on one of our first tours. He was an exceedingly gracious host who kept us up until dawn playing records and talking about music.

If I were to go past five of these, I would add Let It Be by the Replacements and Zen Arcade by Hüsker Dü, both of which directly changed my pathway and helped lead Chris, Tom, and I into forming Buffalo Tom. But that’s for another day.