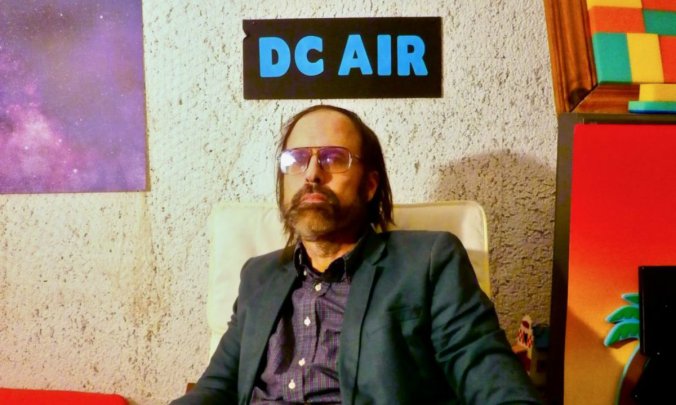 Her doorbell plays a bar of Stephen Foster
Her sister never left and look what it cost her
We’re gonna live in Nashville and I’ll make a career
out of writing sad songs and gettin’ paid by the tear
(Silver Jews: “Tennessee”)

David Berman is not a great singer. A superficial listen to his music under the moniker Silver Jews, now Purple Mountains, will only reveal his characteristic gravel-voice and easily recognizable baritone drawl. Sometimes it’s half-spoken or mumbled with a drowsy attitude as if he’s doesn’t really care about what he has to say.

But like many of the finest songsmiths of his generation (think fellow musical and lyricist peers like Kurt Wagner, Stephin Merritt, Bill Callahan), Berman transcends such technical limitations in favor of something of much higher value: the enduring power of impeccable storytelling.

He might not be a technically perfect singer, but he is a scholar-writer. Berman studied under the Pulitzer Prize-winning poet James Tate at UMass, published his acclaimed collection of poetry Actual Air in 1999, and, with his remarkably precise pen, he manages to turn seemingly simple songs into profound prose.

He can be compared to authors like Nelson Algren (A Walk on the Wild Side), Bukowski or Denis Johnson (Jesus’ Son), and he has named Emily Dickinson an inspiration. “Tell all the truth, but tell it slant” might as well be a guiding light to Berman’s work (the phrase also coined Pavement’s Slanted & Enchanted LP).

It takes more than trained skills to dive into the world of the outcasts, outsiders and outlaws that make up Berman’s lyrical universe. It is no secret that he’s fought through some harder struggles than most folks: drugs and overdoses, depression and suicide attempts, and a public fight with his wealthy, conservative alcohol- and gun-lobbying father (as he proclaimed in a public statement when he first retired from music in 2009: “My life has been riddled with Ibsenism. In a way I am the son of a demon come to make good the damage”).

This is the personal backdrop to his writing, even though his lyrics never solely embrace a dark, self-loathing melancholia that could be expected from his experiences.

Berman is grasping a broad range of the American songbook and psyche, transforming his inner demons and tumultuous past into a poignant, poetic tapestry of wry observations, wit and a sly sense of humor. Always with a keen eye on life off the beaten path, of people whose lives have gone astray, he populates his vivid stories from all across the Americas, from the alleys that are the footnotes of the avenues: the Latin teacher that always smells like piss, suburban kids with Biblical names, honky-tonk psychiatrists and hitchhikers going from Odessa to Houston for the midnight execution.

And he’s a true master of quotable one-liners: “Punk rock died when the first kid said ‘Punk’s not dead,’” “Won’t soul music change now that our souls have turned strange,” “I know that a lot of what I say has been lifted off of men’s room walls.”

Berman first started out performing as Silver Jews in the late 1980s, together with Stephen Malkmus and Bob Nastanovich, before they turned indie icons as Pavement — later with a revolving set of musicians. The sound of his music has also gradually evolved over the years, seamlessly moving between raucous lo-fi, indie and slacker country/Americana.

Notoriously known for being a reclusive and some kind of an enigma, Berman has always followed his own path, off from the limelight, but he nevertheless made a career as a cult hero for a few but growing number of devotees.

Despite his personal issues, he has never made a weak or half-hearted album. There is a strong consistency of high quality from the sprawling 1994 debut Starlite Walker to the Jews’ final album Lookout Mountain Lookout Sea (2008) — with American Water (1998) as a possible artistic peak.

He spent the best part of the 21st century straightening up his life, writing poetry, drawing, reading and perhaps living just an ordinary life without releasing any new music for so many years. And, now, David Berman has returned with yet another extraordinary effort. This time with members of ever-so wonderful Woods as backing band, and with a set of songs that sounds more positive and confident than ever. Has he ever written a more upbeat song than “All My Happiness is Gone,” a warmer, more comforting tune than “Darkness and Cold”?

It’s almost as we can see his sardonic grin when he opens the album to tell us about just the way that he feels:

Well, I don’t like talkin’ to myself
But someone’s gotta say it, hell
I mean, things have not been going well
This time I think I finally fucked myself
You see, the life I live is sickening
I spent a decade playing chicken with oblivion
Day to day, I’m neck and neck with giving in
I’m the same old wreck I’ve always been
(Purple Mountains: “That’s Just the Way That I Feel”) 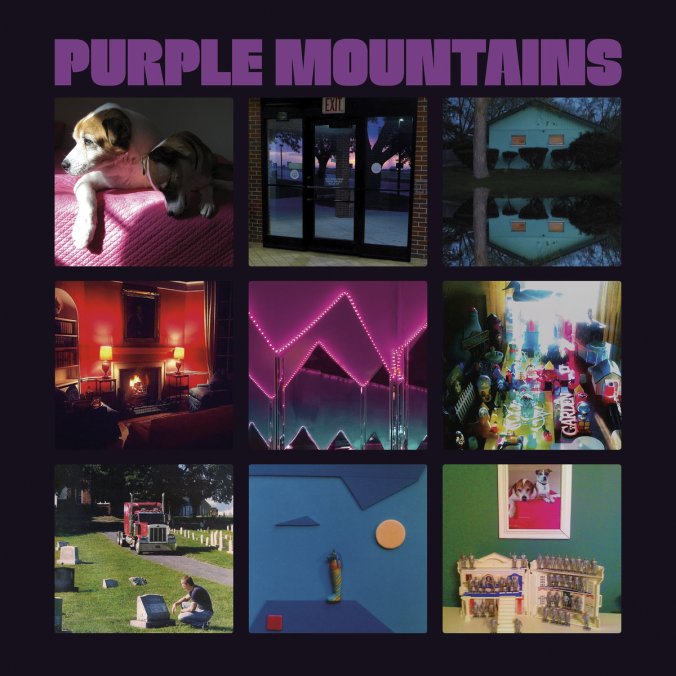