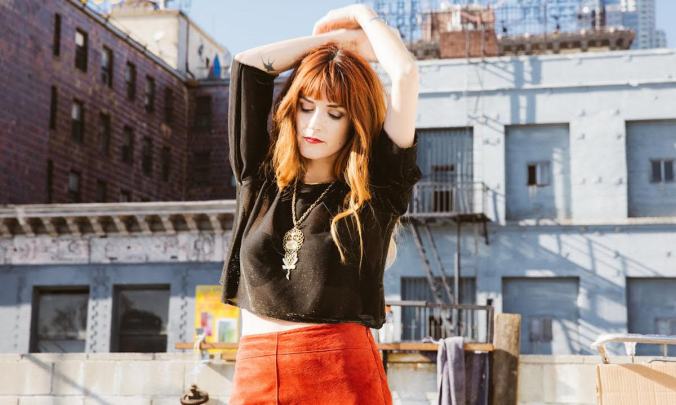 Los-Angeles based Ruby Force is the musical brainchild of Erin McLaughin, who’s just dropped her debut album Evolutionary War. A stunning collection of tunes transcending country and Americana, indie and pop, the LP is a rather flawless and personal journey that takes its listener from the vast fields of her Southwestern upbringing to the fluorescent streets of urban cityscapes.

Ruby Force has a gift for storytelling — one in which, in the case of Evolutionary War, she enlists a great cast of characters such as Elijah Thomson (Everest, Delta Spirit, Father John Misty), Richard Swift (The Black Keys, The Shins, Foxygen), Frank Lenz (Pedro The Lion) and Sean Watkins (Nickel Creek) to help tell. She’s gained favorable comparisons to Nikki Lane, Jenny Lewis and Kacey Musgraves – and, of course, does a wonderful rendition of Blur’s “Tender” and nods to a late great singer-songwriter in her “Ode to Vic Chesnutt.”

Ruby Force is, without question, a name to watch.

We had the pleasure of catching up with Ms. Force recently. Read below as she talks liberty, love and Evolutionary War.

First off, who is Ruby Force?
Ruby Force is a strong and capable woman who draws on the spirit of liberty and love to express human experiences in song, dance and the written word with the hope that what she creates will spread joy and or resonance of belonging and being within others.

Congratulations with your debut album. What do we get and what’s it about?
Thank you! You will be getting the digital or 12″ vinyl culmination of several years of the hardest won battles in my life to date. Sonically you will, should you choose to accept, embark upon an adventure spinning through dimensions of excellence; sub bass, spacey synth, stacked harmonies, thoughtful mixing and mastering, etc. You will hold in your hands (if you nab a physical copy) the artwork and photography of friends who’ve joined me in the emotional trenches of life. You will be holding a portal through my love so to speak, a piece of my soul.

What was your initial idea for Evolutionary War, and what inspired you the most while writing songs for the album?
Expression was my initial idea. I was just writing and collecting songs, I didn’t have any idea where that would lead, but I wanted to do my best every step of the way. Love is the strongest theme inside Evolutionary War but that was somewhat incidental. I wrote what I needed to in order to be okay.

How was the recording process?
Studios give me the shivers. There’s no sunshine, and I’m still fairly intimidated inside of them, but they light me up. I feel like I’m in the right place. And I got to be in several of them for this project. I’d have to say, though, my favorites were La Casina and National Freedom — private or home-type studios curated as art spaces with the souls of sounds haunted into almost every object and instrument in their rooms.

What would be your preferred setting to ultimately enjoy the LP?
Through capable outdoor speakers with a bottle of wine and a cheese plate in the late spring dusk, turned up.

One of the songs of the LP is entitled “Ode to Vic Chesnutt.” Care to elaborate a little extra about that one?
A trusted friend of mine showed me “Flirted With You All my Life” when were driving in in his truck one night not a year after my little brother had passed. When my friend shared about Mr. Chesnutt [passing], my heart sunk further. I had this reaction. I wanted to talk to him. I wanted to change what happened but I couldn’t, so I wrote that song as my best effort at a response for myself or anybody else listening who might be able to get it stuck in their head and remember. It’s about acknowledging that, on a bad day, life may feel similar to the plight of Sisyphus, like a trap mangled in pain and struggle. But at the very least, if we keep going, we may be able to find some comfort in the simple inverse of those heavy truths.

What’s in your opinion is the most perfect album ever made and why?
[Fleetwood Mac’s] Rumors. It has everything.

Cool, so what’s your next moves?
Prolly some dancey ones. Then lots of writing (songs and more), touring, more chilly studios. Fog and laser lights? We’ll see.

And finally, if your music was a car what would it be?
If my music were a car it’d be a 1977 Pontiac Firebird Trans Am with the “T” top cutaway; black with a gold Phoenix on the hood.
Just cuz. 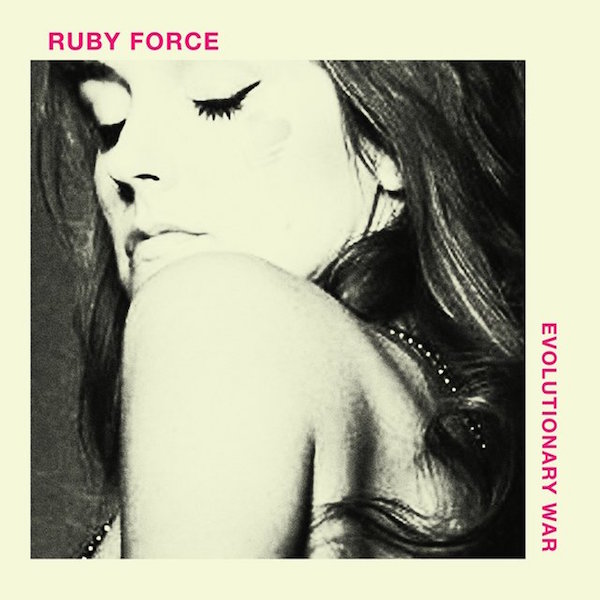