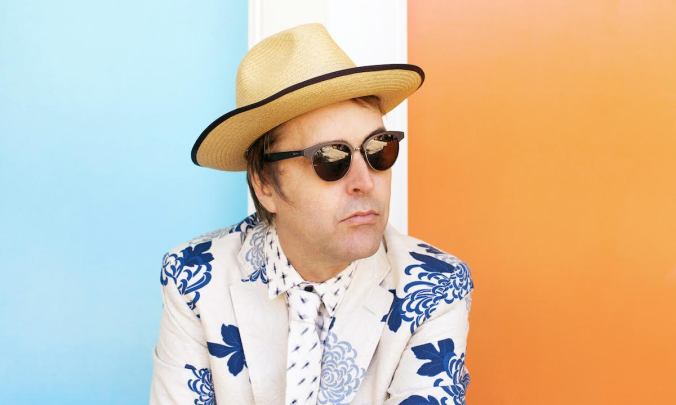 Chuck Prophet will forever be closely linked to his less than 10-year stint in the seminal Paisley Underground outfit Green On Red.

But despite his major contributions to the band, particularly on albums like Gas Food Lodging (1985) and The Killer Inside Me (1987), and his potentially career-defining role in shaping the alternative rock sound of the 1980s, Prophet has managed to maintain an eclectic and wholly worthwhile solo career since 1990.

Well established as a prominent singer, songwriter and genuine storyteller, Chuck Prophet draws from the rich well of Country and Folk as well as from Rock & Roll, putting out solo work on esteemed labels like Fire, Cooking Vinyl and Yep Roc, in addition to working with legendary artists like Lucinda Williams, Jonathan Richman, Alejandro Escovedo, Warren Zevon, Aimee Mann and more.

His solo catalog includes the critically-acclaimed Homemade Blood (1997), Age of Miracles (2004), ¡Let Freedom Ring! (2009) – a collection of political songs for non-political people – and his homage to his hometown of San Francisco, Temple Beautiful (2012). Out today, Bobby Fuller Died For Your Sins is a set in the style of California Noir, complete with songs about doomed love, inconsolable loneliness, rags to riches to rags again, and fast-paced, hard-boiled violence.

To celebrate his new album, we asked Chuck Prophet about 5 albums that changed his life.

Punk rock encouraged us all to pick up a guitar and form a band and lay it on the line in an effort to express ourselves. But for me, it was this record that showed us what was possible with punk rock. It’s all in there. The straight-up disco of “Train in Vain.” The Bo Diddley-goes-to-Jamaica of “Rudie Can’t Fail.” The rockabilly of “Brand New Cadillac.” This record, to this day, is a kind of gateway drug for the kind of records I aspire to make. It’s ultra-distilled. London Calling is The Clash’s 200-proof masterwork. The ultimate proof of anything. 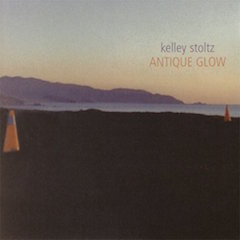 I love all of Kelley’s records, but Antique Glow was where I came in and it will always hold a soft spot in my heart. Although a Detroit transplant, Kelley is a San Francisco treasure. If you’re ever in San Francisco and you’re a record geek and like to talk shop, or you just want to chat up someone with a PhD in Echo and the Bunnymen and a master’s degree in obscure Brit-folk, visit Grooves Records in SF. You might be lucky enough to show up on a day where Maestro Stoltz is behind the counter. 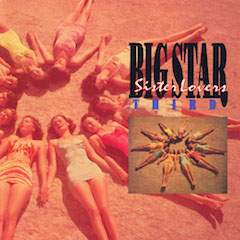 There are records that I get smitten with and then there are those few records that I return to again and again. This is Alex Chilton’s abstract expressionist masterpiece and a record that’s never let me down. With Jody Stephens behind the kit, John Fry behind the board and Jim Dickinson very much in his corner, Big Star’s Third (aka Sister Lovers) is a triumph. They say that Alex was bitter by the time Sister Lovers came around. Whatever. Hell, I don’t hear it (the bitterness). I hear beauty. The performances are loose. Effortless. Wild and free and off the cuff. But there’s nothing half-assed or anything. It’s a mystery to me how it all comes together. And I love it. I love when Alex sings, “I first saw you, you had on blue jeans . . .” It’s poetry. From the heart, from the soul. Compositionally, this record, it’s actually quite sophisticated. And with Alex’s 3 A.M. first takes and the beautiful Carl Marsh strings, it’s really the perfect marriage of the street and the regal. 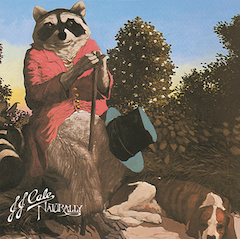 There are those records that you can just turn people on to, ones you know will give pleasure. J.J. Cale’s Naturally was one record that we could all agree on in the Green on Red van. The songs are short. Very demo-y you might say. It’s a mystery that stays a mystery. It’s the best place to start with J.J. – at the beginning. Sure, he plays one hell of a slinky guitar and all that, and half the songs were covered by people who turned them into bona fide hit records (“Call Me the Breeze,” “After Midnight,” “Magnolia”), and he was a stone-cold cool cat, but what he really did with this record is show me how record making can be elevated to an art form. J.J.’s the OG sonic auteur. I don’t know how he made this. Maybe the trick is that J.J. engineered his own records. More likely, there’s no trick at all. Whatever . . . it’s a masterpiece. Check it out for yourself. The whole record is all of 30 minutes or so, what have you got to lose? His guitar and vocal are low in the mix. Lean in. It’s worth the lean. 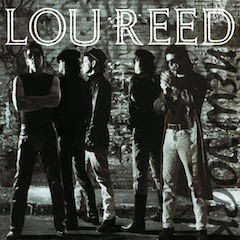 Ah man, I’ve worn that record out. It’s part of my DNA now. And giving credit where credit is due, it has had a massive influence on my writing. With every new record I make, if I’m lucky, I’ll catch a kind of inspirational virus, and if it keeps me interested, I can follow it through. The virus usually starts with two or three songs that take me someplace I haven’t been. Temple Beautiful was my San Francisco record, one where we tapped into the history, weirdness, energy, and spontaneity that brought me to San Francisco in the first place. I would never put myself next to Lou, but in a way, Temple Beautiful was my New York.