The last great The Cramps album, A Date With Elvis arrived five years after Psychedelic Jungle. It has far better production than their previous efforts, contains some of their finest tunes and is as raw, wild and wicked as you want The Cramps to be. They enjoyed a minor hit with “Can Your Pussy Do the Dog”, and the album also includes the single “What’s Inside a Girl”, the Eastern-tinged gem “Kizmiaz” and my personal favorite “Cornfed Dames”.

A Date With Elvis is a entertaining and highly exciting mix of sexual obsession, vintage b-movies, 50s rock ‘n’ roll, equally an homage to their heroes as an immediate classic in its own rights.

I saw Morphine live once. It was in the mid ’90s in my college town, where they were like a super big deal at the time. Deservedly so I must say, the Boston-band sure made some good good good albums with just the right mix of hipster jazz coolness and alternative rock flavor. Until Mark Sandman tragically passed away from a heart attack in 1999, while on stage in Italy. Before Sandman started up Morphine, he was part of Treat Her Right (as was drummer Billy Conway) This is their second album, and they share many of the groovy, sexy elements we came to know from Morphine, but with a bit more focus on the blues rock side of things. I’m not the biggest fan of that part to be honest, but tracks like “Junkyard”, “Hank” and “King of Beers” sure got an irresistible swing. Revisiting this made me think that I never actually heard their debut album from 1986.

Oddly enough I discovered Greg Sage a bit before Wipers. They were soon to become one of my all time favorite bands, but this was the gateway album. Straight Ahead was an astonishing effort in 1985, and it sounds as timeless and brilliant today. Arriving two years after Wipers’ iconic ‘Over the Edge’, this is a far more sparse, somber and acoustic piece of work. J Mascis (of Dinosaur Jr) later covered “On the Run” on his first solo album, and he expressed how “Straight Ahead sold me on the concept of acoustic guitar. I didn’t think too much about acoustic guitar before, but Greg Sage somehow made it ok.” The songs itself are not that far from Wipers’ modus operandi, especially present on the upbeat side 1, compared to more gloomy flip side. They’re equally brilliant to me, but I still got a soft spot for the depressive and gothic folk sounds of side 2, including “Astro Cloud,” and “World Without Fear.”

I was partly attracted, partly alienated by Nick Cave and his bad seeds. Unquestionably drawn into the dark world of cigarettes, seduction and sin, but also a bit scared off by the sharp dressed badasses as pictured here on the front and back cover. Nick Cave, Blixa Bargeld, Barry Adamson… I mean these were obviously someone not to mess around with. Nick Cave & the Bad Seeds had an aura of the adult world; all I could do was peak inside.

I was already a huge fan back when I bought their third album is a collection of cover songs. It also taught me a thing or two about the American songbook, and I particularly fell for Jimmy Webb’s “By the Time I Get to Phoenix” and “Something’s Gotten Hold of My Heart” made famous by Gene Pitney. But the whole album was just a treasure chest in my early days of music discovery. 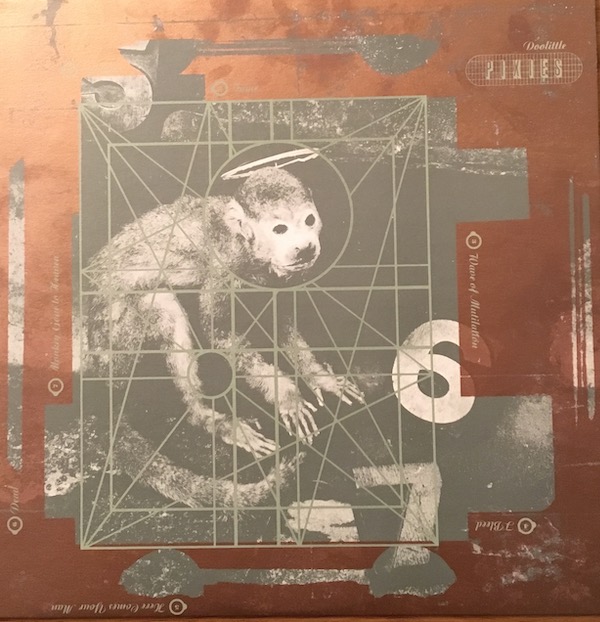 I bought Doolittle not too long after I’d purchased Surfer Rosa. It was a warm summer’s day in 1989, and it’s fair to say that Pixies made the soundtrack not only to that one but to basically every summer ever since. It’s been 30 of them down the line and counting, and it still fails to disappoint.

This is a perfect album in my book; the pop hits (“Here Comes Your Man”, “Wave of Mutilation”, “Monkey Gone to Heaven”), the noise blasts (“Tame”, “Crackity Jones”), the irresistible gems (“Debaser”, “Mr. Grieves”, “Gouge Away”, “Hey”), the whole album is so jam-packed with classics it even surpassed their debut (how is that even humanly possible). This meant something when you were 16-17 years old. Doolittle sliced my eyeballs wide open and made my heart explode into a thousand pieces. Still looking for ways to put them all back together again. 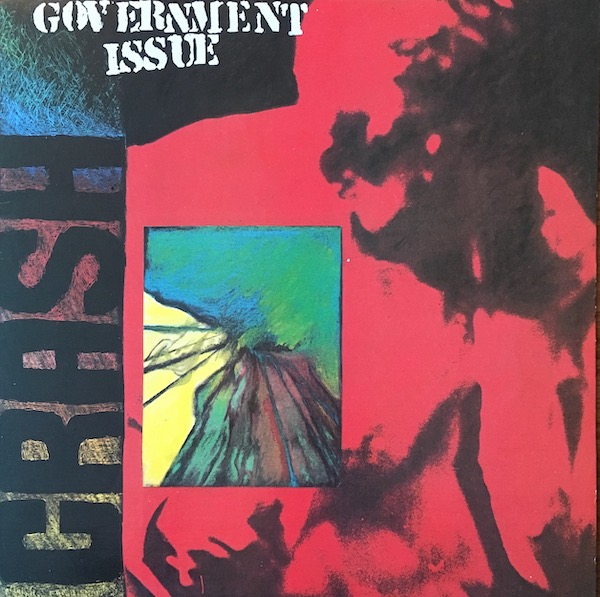 I haven’t listened to Crash in ages, but it all comes back to me now. “Better Than T.V” was actually one of my teen anthems back in the days, and yeah, it still sound as sharp after 30 years. The whole album does, really, characterized with crisp production by guitarist Tom Lyle, great songwriting, and really tight playing all over. This album shows how eclectic and melodic GI became towards the end of their career, just check out “Connecticut” or the title track (lead vocal by bassist Jay Robbins, who later formed Jawbox). Government Issue (1981-89) are obviously of historical importance as one of the original hardcore punk bands, for being highly influential in the evolution of post-hardcore, and personally they turned me on to the whole DC scene. Singer and only steady member John ‘Stabb’ Schroeder died of cancer in 2016.

I didn’t know much about Imitation Life when I bought this album in 1989, and I don’t know much now 30 years later. They were apparently based in Los Angeles, played pretty hard hitting, straightforward rock ‘n’ roll, leaning towards both power pop, jangle rock and pub/garage rock. Almost like a west coast equivalent to The Del Fuegos or The Replacements, they also share some similarities to the Aussie scene at the time (Sunnyboys, The Triffids, Died Pretty et al). On this, their sophomore album I believe, they included some great guests like Peter Case (The Plimsouls), Steven Roback (The Rain Parade) and John Easedale (Dramarama), and it’s fair to assume they were part of the flowering LA circuit at the time. Scoring Correctly at Home is not exactly a ’80s lost masterpiece, but it’s a good time all right, and front man and main songwriter Alan Berman sure had the skills to write a catchy tune or two. “Already Spoken For” and “Sad Man” are among the standout tracks here. Glad I got this one, and wonder what happened to Imitation Life.

It took me awhile before I realized this was not an American ‘60s group, but actually a British band way out of time. Drop Out With The Barracudas look and sound like something from the mid-’60s, but crosses many musical eras and geographical origins on its way.

The album cover presents four smiling young men in summer clothing and with surfboards under their arm, heading towards the eternal waves of the California beaches. The illusion is further substantiated by song titles such as “Summer Fun”, “California Lament” and “On the Strip”. But The Barracudas didn’t belong in the California sun, but in London’s dark underworld. In short: Front man Jeremy Gluck left home country Canada and Ottawa as 18-year-old, landed in the middle of the punk’s mecca in 1977 and started as a writer in Sounds. During a concert he met on the Swiss Robin Wills. They started a friendship based on a common retro-romantic interest in Beach Boys, Flamin ‘Groovies, Peebles records, surf rock, garage punk and flower-pop. And it was precisely this unforgettable cocktail Gluck and Wills mixed into what was to become The Barracudas. The band was formed in 1979, complete with a short-lived rhythm section consisting of David Buckley (bass) and drummer Nicky Turner. The Barracudas found a niche between the up side and the down side that proved to be strikingly effective, and they handled both with equal ability for razor-sharp songs without ending up as a novelty, retro act. 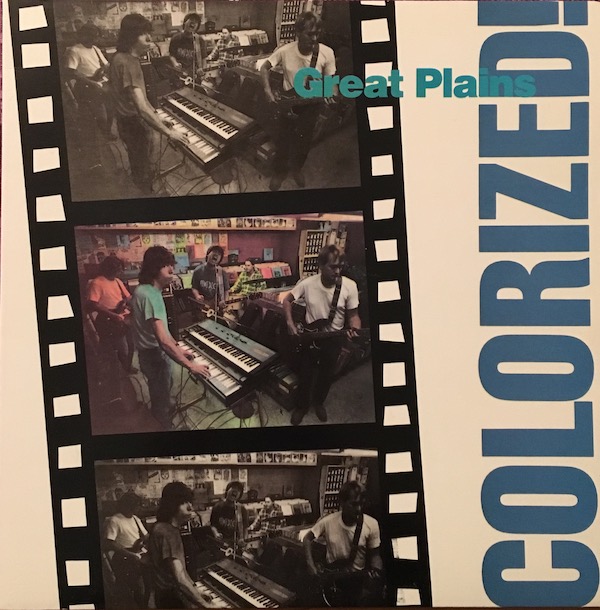 Great Plains existed in the 1980s, formed in 1981 and disbanded in 1989, they released a couple really wonderful albums and EP’s – particularly their 1984 full length debut and near forgotten, near classic Born in a Barn. Great Plains went under the radar for most people, which is a huge shame because they were such a great, lovable band and in many ways indie rock pioneers. They should’ve been underground superstars for sure, but I guess their sound kinda fell between two or more chairs. They were clever and smart, and played some sort of lo-fi, new wave-folkish jangly garage punk. Lead singer Ron House’ (who went on to form Thomas Jefferson Slave Apartments) high pitch desperate, joyous vocal style is an acquired taste, but certainly gave Great Plains a distinct flavor. When I listen to their songs today I can hear relations to local stars like Pere Ubu, and also The Soft Boys, Modern Lovers, The Clean, XTC, early Green On Red, The Feelies, Tall Dwarfs (actually, it wouldn’t come as a surprise if they hailed from New Zealand instead of Ohio).

I bought this album in 1989 without knowing anything about Great Plains really, but soon enough learned that ‘Colorized!’ was a greatest hits collection from a career without any major hits. Well, they sure became classics in my book, especially the personal favorite and organ fueled “The Way She Runs a Fever”, but also “Serpent Mound”, “Dick Clark” and of course their ode to president Rutherford B. Hayes. Oh yeah, Great Plains were something else indeed.

The fourth full length from this beloved Arizona trio is a wonderful effort. For each album the Kirkwood brothers – and drummer Bostrom – continued to evolve from their punk roots and embrace a wider musical approach. Mirage is a sprawling album of psychedelic country and funky western, still remarkably coherent sounding and their most well produced album thus far.

Stuck between the landmark ‘II’ album and their commercial 1994 breakthrough ‘Too High Too Die’, it’s easy to ignore the complete Meat Puppets’ catalog from the 1980s. They are all semi-classics in my book, but since Mirage was my first Puppets album, I still have a special soft spot for this here baby. It’s a mirage from desert suburbia all right, an invitation to a different place. Nothing there to see, suddenly from nowhere, things that shouldn’t be. I’m still on the lookout. 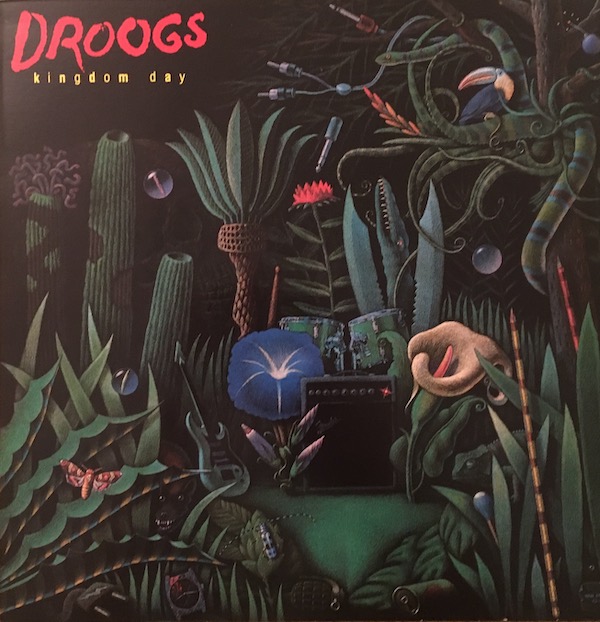 Droogs formed in Los Angeles back in the early 1970s, around the time when ‘A Clockwork Orange’ made a splash in the cinemas all over the world with ‘droogs’ being the dystopian gang of thugs as central figures. Droogs the band dropped several garage rock influenced singles in the 1970s, and made their album debut with Stone Cold World in 1984. By then bassist Dave Provost (The Dream Syndicate) had joined their ranks, and the band added some more dynamics and psychedelic flavor into their sound.

Kingdom Day is a raw, authentic document from a band with just enough layers of variation to stay interesting throughout a full album. Droogs never got the same attention as other contemporary LA acts at the time, but kept going strong for about 20 years after this one. They called it quits in the early 1990s, as yet another sadly under-appreciated band.