In 1994, while still in high school, Darcie Knight and Matt Lunsford founded Polyvinyl Press, a photocopied fanzine that covered the DIY music scene in Champaign-Urbana, IL and the greater Midwest.

Their motivation was simple: to spread the word about bands they loved. Furthering that philosophy, they decided to release a split 7” with the third issue of the fanzine. Within a year they had issued Braid’s first 7” Rainsnowmatch and a 20-band compilation called Direction. Not long after, in 1996, Polyvinyl Records was born.

– We never wrote a business plan or decided that we’d start a record label, says Lunsford.

– We dropped out of college. We scraped together whatever resources we could to put out records.

Polyvinyl’s first big releases were Rainer Maria’s debut album, Past Worn Searching (1997), and Braid’s 1998 breakthrough, Frame and Canvas (1998), which gave the label its first taste of national exposure and opened the gates for a wider repertoire of artists.

– We worked hard, continues Lunsford, and we learned as we went along. We kept our DIY mentality and we always tried to match the level of work and commitment of our bands.

With a catalog of more than 300 releases from over 100 artists – including American Football, Braid, Rainer Maria, of Montreal, Xiu Xiu, Deerhoof and Japandroids – Polyvinyl is recognized as a home for some of the more vital indie music of the past two decades.

I talked to Polyvinyl co-founder Matt Lunsford about early days, milestones and lessons learned in twenty years of Polyvinyl.

How did you get into the music business in the first place, and what motivated you?

Pretty much by accident. Darcie and I were lucky in that as teenagers there was an awesome music scene around us. There were DIY shows and bands throughout the midwestern United States and we were excited by learning about them. Bands like Cap’n Jazz and Braid were playing shows in our hometown, set up by friends of ours. It was so exciting that we were motivated to spread the word and help out in any way we could.

What labels where your own role models, or say, guiding stars, when you started up?

Definitely labels like Dischord and Touch and Go, because of both their ethical and regional approach to being a label. Also labels like No Idea, who were putting out all sorts of bands in a regional and national way and sort of curating a scene.

What does Polyvinyl represent or stand for as an institution?

Polyvinyl most definitely believes in putting artists first. In everything we do, from our simple 50/50 profit splitting mentality, to allowing our artists to make the albums they want to make.

In your opinion, what is the greatest achievement in the history of Polyvinyl? What are you most proud of during your 20-plus years in existence?

Probably the fact that if you ask any of the 100+ artists we’ve worked with over the past 20 years, they would vouch for Polyvinyl being fair, honest and hard-working!

What’s the secret behind keeping the spirit alive for a long period of time?

We’ve never gotten caught up in trying to make a quick buck off of an artist or album. We believe in helping artists build and sustain a career.

Did you have an initial idea back then on what Polyvinyl should be and how it could evolve in the future?

Essentially we believed in keeping things simple: making fair financial arrangements with our artists, allowing them creative control and working hard. That has served us well… and even in 20 years of the ever-changing music industry those principles have held true.

What does being ‘indie’ mean to you?

To me, being ‘indie’ is a lot less of a ‘sound’ and much more a general term for being independently minded. This extends from our staff to our artists to who Polyvinyl works and partners with.

The indie-scene has gone through various mutations over the years. In what ways have these changes affected Polyvinyl? And how have you adapted to changes in the music industry?

I think both of these questions relate to way people consume music. It’s changed so much in 20 years. Polyvinyl’s goal for so long has been “tell the world about music we are excited about.” In the pre-internet ’90s it was all about 7”s and CDs and fighting to get our records recognized and in retail stores.

As that has shifted, one of our hallmarks has always been to embrace change and use it to accomplish our ‘tell the world’ goal better and faster. As digital started to come about, we were suddenly able to reach people so much more easily. The depth and range of music that average music listeners are exposed to now is incredible compared to what it was 20 years ago. It’s an amazing thing.

Not really. We’ve always been able to learn and grow from any mistakes we’ve made along the way, keep a positive outlook, be excited about the records we are putting our and turn lemons into lemonade.

This was our first full-length album by an active band. Still a huge milestone as it represented our shift from doing 7″s, EPs and compilations to actually BEING the label for a band.

The landmark third album from Braid, and their first for Polyvinyl. 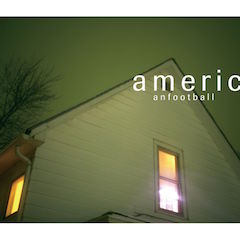 When this album came out, American Football had played about a dozen shows, drifted apart and never made any more music. Over the next decade the album slowly and continually sold, becoming an influential record for a whole generation. In 2014 the band reunited to play shows for the first time in 15 years. 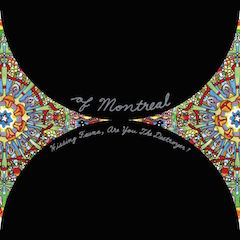 of Montreal:
Hissing Fauna Are You The Destroyer?
(2007)

This is Polyvinyl’s best selling album to-date. Consistently named in lists of ‘Best albums of the 2000-2010 decade.’

The second album from Japandroids. Following the success of 2009’s Post-Nothing (also on Polyvinyl), it received nearly-universal critical acclaim and carried the band into two years of non-stop touring.