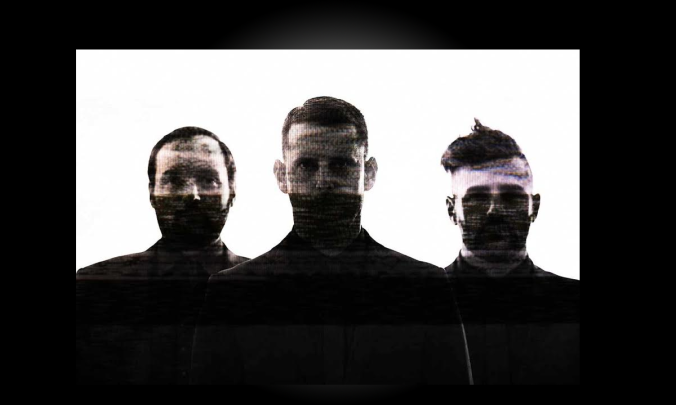 Some records just blow us away.

Sannhet began out as a recording project between two cities, with Christopher Todd based in New York and guitarist John Refano working in Philadelphia. When Refano moved to Brooklyn the pair decided to take the band in a more live-oriented direction, but something was missing.

“A million pedals and practices later we were playing the recorded material live. Eventually we decided no matter how much I could emulate bass with pedals and amps, we craved the extra dimension a bassist added to the band,” says Todd.

Bassist AJ Annunziata joined while they were writing their 2013 debut, Known Flood, solidifying the powerful trio Sannhet is today.

With the proud exception of bands like Hüsker Dü, Vattnet Viskar and Lutefisk, Scandinavian names are not exactly common choices for American bands. How did you end up calling yourself Sannhet?

The word ‘Sannhet’ means truth, but it also means reality, which is open for interpretation. We would rather our songs to be interpreted, so we don’t use vocals or lyrics because they are too specific, they lock a song into one idea. The same goes for our live shows. We use projections, and the rule of thumb for the artwork is that it should be abstract enough to imply a mood or feeling without being overly specific.

Playing purely instrumental music must give you some sort of artistic freedom?

Yeah, it opens the door and leaves room for a lot of creative ideas. A lot of our craft is in details. There are thousands of tracks on this record. When you listen to our songs, you might hear a sound you didn’t notice the time before. Very rarely, if ever, are phrases repeated verbatim.

There is an evolution throughout most of the material. It may all be happening in such a subtle way that people don’t notice… or it just flies by too fast. Which is fine, it’s not important for people to analyze things as long as the music is pulling you towards something.

You manage to stick out of the crowd. What are your thoughts about Sannhet in terms of defying label categorization?

That has always been a goal of the band. We prefer you to not quite understand where to categorize the music. Mutation is the chaos factor that drives evolution. Hopefully the sonic ambiguity being created by us and our other genre-bending contemporaries inspires a new one. 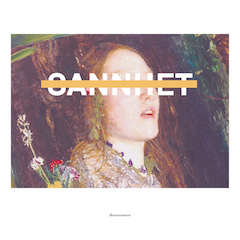 Is this what the title of the album is about as well?

It’s a nod to the iterative process by which the band works, but it’s also a comment on the interpretation and evolution of ideas.

In another interview we spoke about the poetic ending of the album’s mixing, after having recorded and re-recorded the songs for almost a year, laying down thousands of tracks, tweaking and pushing everything… we mixed the entire record on an analog board, so there was no way to edit any further. If we hadn’t done that we probably would have never finished the album.

The Brooklyn metal scene seems very vital these days. What does it mean for you being located here?

Your location matters less than it used to, but it still matters. The sharing of ideas is always what helps a scene progress or grow, and before the internet you really did only have maybe 10 major scenes in the country that were below mainstream.

NYC is cool in general just because of the culture of acceptance or maybe even indifference. It allows artists to really experiment, in a space that is very open, and also one that can take or leave it. I find that liberating. In the practice space we rent with two other bands, we are in a building that has hundreds of bands, and you just get to know these people and everyone is really supportive.

I understand that the local Saint Vitus bar has played a special role in the early stages of your career?

Yes, Saint Vitus has been integral to our coming out. The owners there were the first to really help push the band into actual light. Dave Castillo (Saint Vitus) has been very supportive, and so have other promoters like Fred Pessaro, Ric Leichtung and Bill Dozer (the Acheron). These guys hear countless bands a year, and they help develop the ones they like. We are hugely grateful for the faith they put in us – and the chances we’ve been afforded.

In what ways have you progressed since your first album?

Maybe subconsciously we tried to take some of the reviews of the first record and expand on them. But the truth is that was probably the last thing we thought about when writing this album.

The first record was mostly written when the band was a two-piece. This record we were learning how to write together. Now we’ve really gelled and can accurately articulate our ideas. However, in that time, the cultural climate changes, music tastes mature and cycle.

So, what does this means for the future sounds of Sannhet?

The music we are writing for our next record will probably surprise some people, as I’m sure some of the songs on Revisionist did. We are fortunate enough to have been able to grow and to for people to follow along as we have done so.