To put it mildly, Pere Ubu is one of the most important bands of the post-punk era.

Birthed from the ashes of the seminal proto-punk group Rocket From the Tombs, they were founded in mid-70’s Cleveland, Ohio, and are still going strong with David Thomas as the sole constant member.

Rocket From the Tombs didn’t gain much attention during their year being active (1974–75), nor did they even release a full album at the time.

Nonetheless the flash-bulb project did leave behind legendary tracks like “Sonic Reducer,” “Final Solution” and “30 Seconds Over Tokyo,” songs they brought into the two offshoots: Dead Boys and Pere Ubu.

Pere Ubu released their landmark debut album, The Modern Dance, in 1978. It is considered a classic, as are the 1979 follow ups, Dub Housing and New Picnic Time.

After a brief hiatus in the 1980s, when Thomas established himself as a solo artist and in various constellations, the group reformed in 1987. They been steadily releasing albums and touring ever since.

Without Pere Ubu, there would probably be no Pixies, Gang of Four, Mission of Burma, Feelies, Wire, or Mekons. In short, music as we know it would have been a lot more boring without them. 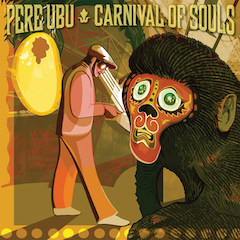 Fast forward to 2015. Pere Ubu has just released the highly-acclaimed Carnival of Souls, their third album in a trilogy inspired by classic films.

Says Popmatters, “This is the most cohesive, band-centric album the current iteration of Pere Ubu has released, its strongest album of the new millennium.”

I was given the opportunity to interview David Thomas over email. Being longtime fans of the legendary band, I tried to come up with some meaningful questions addressing both the new album and the band’s 40-year history, in order to bring light to their under-appreciated legacy.

My mistake: I didn’t read the Ubu Projex Press Center up front, and, as it turns out, Mr. Thomas doesn’t like answering the same question twice. We assume he was a bit short on coffee when he set the record straight for us in true punk rock fashion.

And yeah, he doesn’t look back.

I Don’t Look Back: The Unedited David Thomas Q&A

The recent Punk 45 compilations from Soul Jazz Records have sparked a revived interest in the Ohio music scene in the 1970s, commonly hailed as the true birthplace of punk rock. You played an important role in this birth. How important is this legacy for you, personally and for that time and place? Is this glorious past something you reflect on much these days?

Since the American Federation of Musicians has blocked us from performing in America, we have renounced not only our American ‘citizenship’ but also our American past. We’re not from Cleveland. Pere Ubu was formed in Leeds, England, in 1975. We are an English band. I don’t know anything about Cleveland. Sounds like an interesting place. I may visit there one day.

The Cleveland and Akron areas both share a history of industrial decline parallel to the growth of punk rock. How would you describe the socio-economic/artistic environment of the time, and in what ways do you think these bleak surroundings actually affected the music?

See above. Don’t know anything about those cities.

Do you think being situated far from the cultural hubs on the coasts made you more of a close-knit group of people in those early days? That is, to what extent did you work together and help each other out in the local community? Did you make any fanzines, set up gigs together? Was there a common spirit?

What were the driving forces for starting up Rocket from the Tombs, and who were your main influences back then?

I was never in Rocket From the Tombs.

Rocket From the Tombs is one the true proto-punk bands, whereas Pere Ubu took a turn into post-punk before even punk was commonly known. What intrigued you about more experimental, avant-garde ways of making music?

I don’t look back.

This year marks the 40th anniversary for Pere Ubu. Did you think, early on, that this was going to be for the long run?

Looking back, what do you think is the greatest achievement in this 40 year long history?

I don’t look back.

You are responsible for a couple of the most celebrated albums in the post-punk era and leading a hugely influential band. Do you think such acclaim has affected you artistically?

As the only perennial member of the band, what constellation or epoch of Pere Ubu are you most satisfied with?

Your most recent album is called Carnival of Souls. What is the background of this album and how did it come to life?

Read http://www.ubuprojex.com/cos.html and the ‘Cogs’ book.

Carnival of Souls has received some rave reviews. One critic said, ‘this album, much like the majority of their canon, is superb. Ratings and critical words are totally unnecessary at this point: This is a Pere Ubu album. It is exactly what you expect and exactly what you don’t.’ Is this a satisfying phrase for you – the idea that after 40 years, you’ve not only carved out a unique sound, but also managed to continually surprise listeners?

I don’t do anything to feel satisfied. I do it to prove how much pain I can endure.

What kinds of territories are still unknown to you, where can we expect the next musical journey of Pere Ubu and David Thomas will lead us?

I don’t tell the band. There’s no reason I am going to tell you. 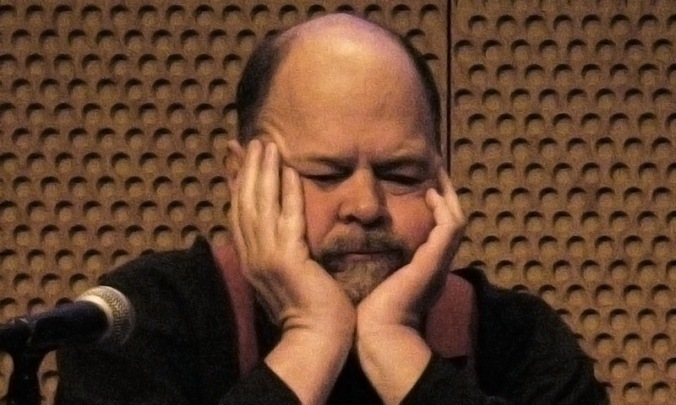 [I wish I had read the below excerpt before agreeing to interview David Thomas. (“Frequently Asked Questions,” ubuprojex.com)]

Do you consider yourself to be an excessively controlling person, in terms of compiling information; or are you just not keen on answering the same thing a thousand times? What was your approach to the press and interviews overall, and has it changed over the years?

The website ubuprojex.com is very complete. There are very few interviews that aren’t completely covered within it.

Two issues: (1) Efficient use of computer/information technology means you should never have to type in the same data more than once. So, yes, I hate answering the same question a thousand times.

(2) Information may as well be available to all, not just self-appointed media elitists. I am nearly at the point of refusing to do face-to-face interviews or phone interviews. Generally it seems to me these are excuses for the journalists not to prepare ahead of time, plus a certain arrogance/sense of self-importance that the answer I give will / should be unique to them.