The album collection in chronological order from when it was bought. Revisited one at the time. Part 4. 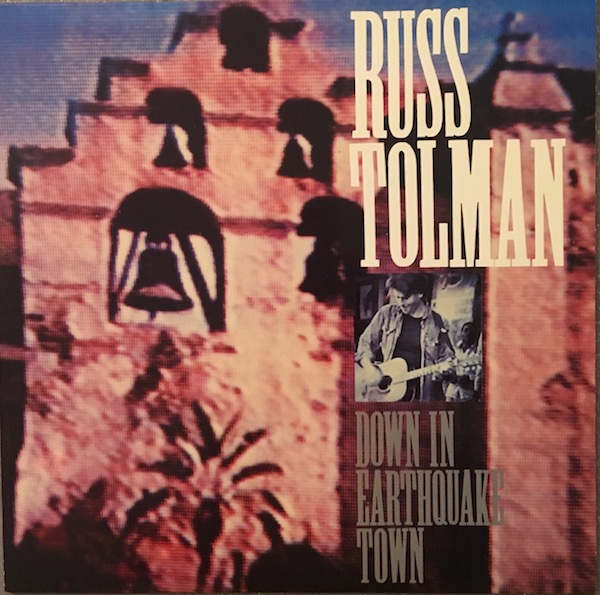 This is the second solo effort from Russ Tolman, a close associate of the jangle/underground scene in Los Angeles and former frontman of True West. This paisley packed album includes a fine list of guests, such as Steve Wynn (they used to run the label Down There together), Dave Provost and Chris Cacavas, and engineering credits goes to Brett Gurewitz (Bad Religion, Epitaph). Tolman is a good, confident songwriter, and he crafted a varied and enjoyable album down in his earthquake town. It has aged rather well too, with its laidback feel and sunny LA vibe, rich instrumentation, including some mighty fine Southern horns it’s just one of those timeless albums that deserves far better than being swallowed in the sea of time. 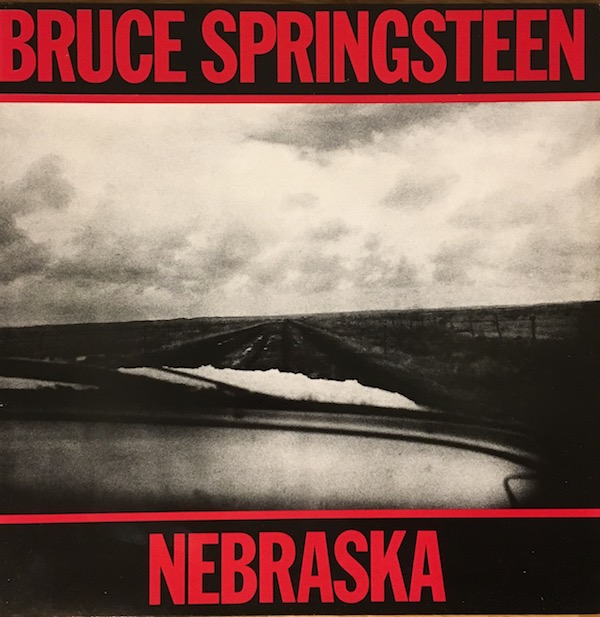 I listened a lot to Born in the U.S.A as a young kid, and know his catalog fairly well, but the lo-fi sounds of Nebraska remains my forever favorite. Not sure why I bought it in the fall of 1988, wasn’t a huge fan of Springsteen, but might be the cover art that appealed to me. Nebraska is actually my sole Springsteen LP in the collection and the one I always return to when I need some advice from the Boss. 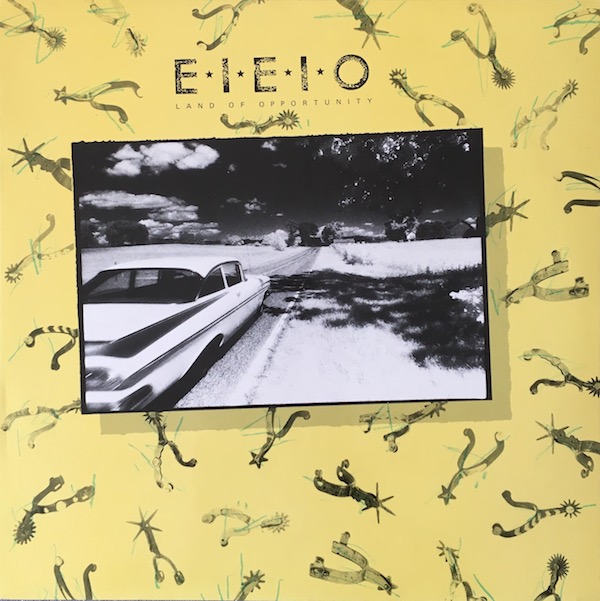 This Wisconsin quartet played some mighty fine heartland Americana way before that was a hip term. There was nothing fancy about them, but on the other hand, this is one of those albums that never sounds outdated. Great vocals by frontman Steve Summers, strong songs throughout the whole album, and T-Bone Burnett lends some guitar assistance and co-production by Steve Berlin are just some of the treats on this debut. E*I*E*I*O fits nicely among likeminded peers such as BoDeans and Rave-Ups, but they never really got as recognized as deserved. 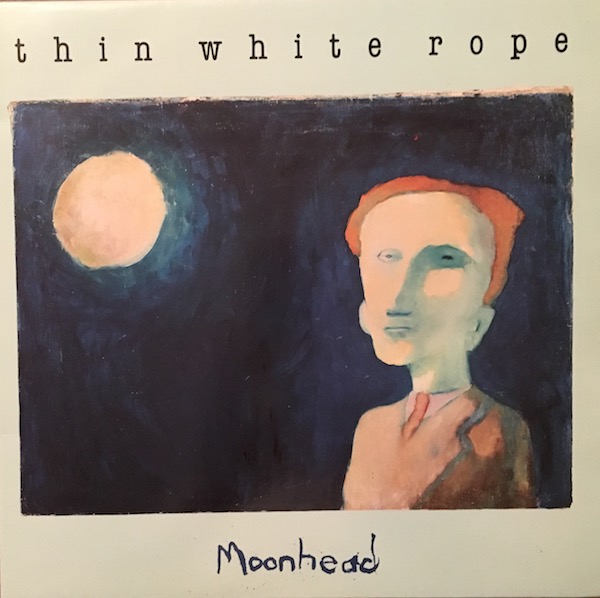 Just as close to Television, Bauhaus and Joy Division than their contemporary counterparts in ’80s American underground (R.E.M, The Replacements, Pixies), Thin White Rope’s desert psychedelia was a far more vast and difficult creature to cast than most of their peers. Their second album Moonhead is a somber, bleak masterpiece, allowing for more space, tension and dark power than on their debut. Moonhead is one of the lost classics of the decade, once flourishingly described by British psych-guru Julian Cope: “[Guy] Kyser mumbles stripped down considerations about life, sex and death, and he seems a scientist who describes microscopic life forms. Mankind is reduced to puppet-like dimensions: around us, there’s an enigmatic, useless, obscure universe, apparently enemy of any feeling and thought.” For sure! It was a huge favorite 30 years ago, and it has followed me all my adult life without losing an inch of its majestic strength. 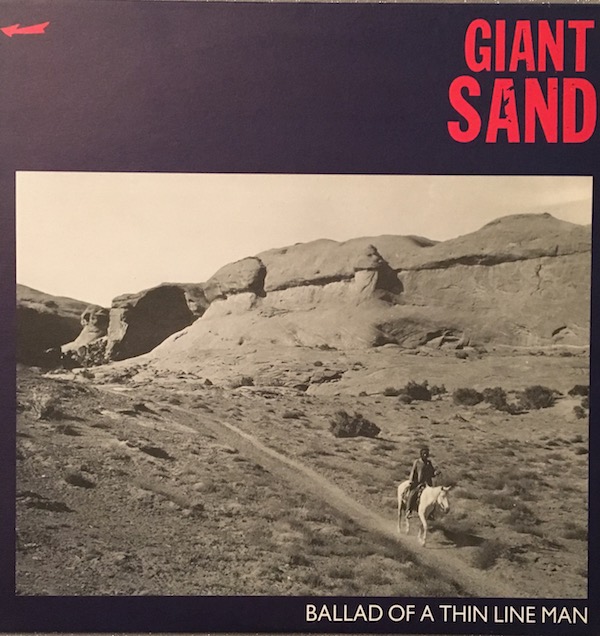 Back in 1988, 30 years ago, I was still fooling around with music, everything was new and of interest, heading in all kinds of directions at the same time even though I was pretty much already set on the American underground train. I had already bought Storm a couple months prior to Ballad of a Thin Line Man, but it was here they turned into my forever favorite band. And just like I was searching for my musical bliss at the time – still am – Howe Gelb and his Giant Sand had just started to stake out their own course – still are, and that it was one of the reasons I love em. They would go on to make better albums later on I guess, but this one still holds a special place in my sandy heart. 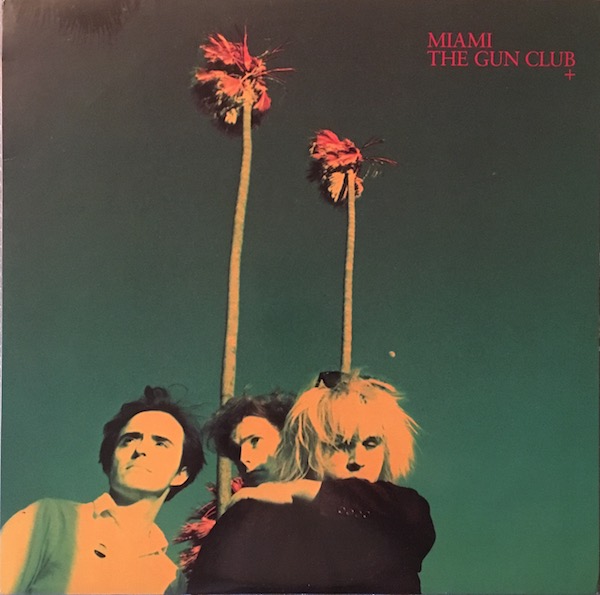 ‘Come down to, the willow garden with me’ Jeffrey Lee Pierce invites us to Miami, but we steer off the highway and enter into his dark mind, the willow gardens and deep into the very heart of Gothic American mythology. ‘Miami’ is a swampy blues album built on a punkish attitude, draped in voodoo rituals, deserted honky tonks and desperate fever. It has been a big favorite for 30 years, loved for the cover alone with its emerald-green sky and the palms raising majestic behind the trio in front of the image. Two of them look at something in the horizon; Pierce is dressed in dark, hair-dyed blonde, looking down to the ground. I’ve always linked this album to Jim Jarmusch’ ‘Stranger Than Paradise’, following a shabby trio through the Midwest and down to a run down tourist hub in Miami. There is not much paradise to find here, nor in Jeffrey Lee Pierce’ postcard from the south. But it is one damned journey. 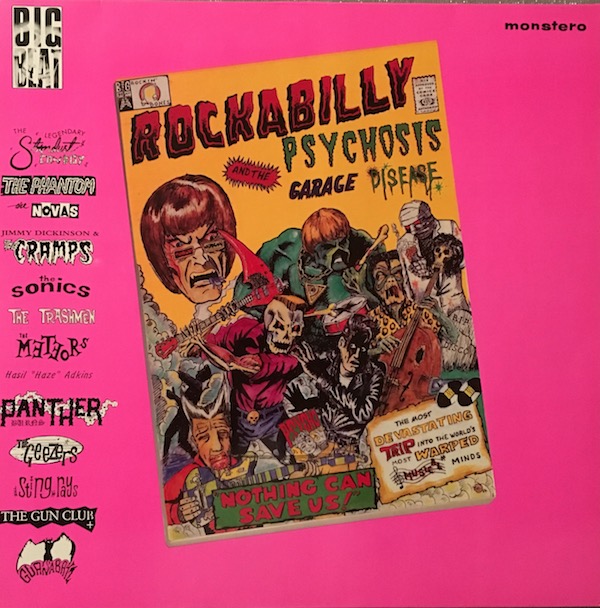 I was a huge fan of Tales From the Crypt, Haunt of Fear and all the other early 1950s horror and gore stories from EC Comics (republished in the 80s). This album cover – and they mattered a whole lot back then – is a homage to the wicked and wild era of degenerate fun. And so is the music, a really cool collection of, well, rockabilly psychosis and the garage disease. 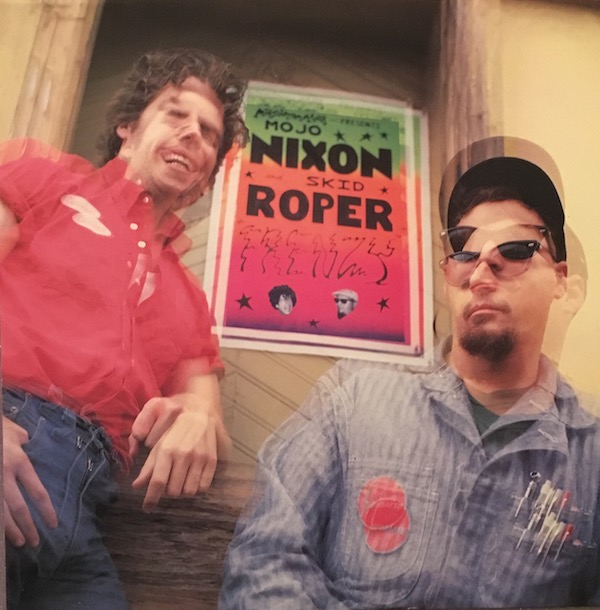 This San Diego based twosome was never about being too serious. Titles like “Gonna Put My Face on a Nuclear Bomb”, “I’m Living With a Three-Foot Anti-Christ” and “The Amazing Bigfoot Diet” says it all. They were hilarious and heartfelt, and they rocked big time with their infectious rockabilly blues. Mojo is hollering his lungs out while Skid is jamming on the washboard. There is just loads of party fun here, I’ve always had a soft spot for the satirical highlight and more mellow “Feeling Existential” with Steve Wynn on guest vocal:
‘Your goatee is growin’
In front of your fake French café
You’re readin’ Kirkegaard
Underneath your very black beret
Smokin’ filterless Camels
That stink just like Gitanes
Drinkin’ some espresso
Droppin’ all the names’ 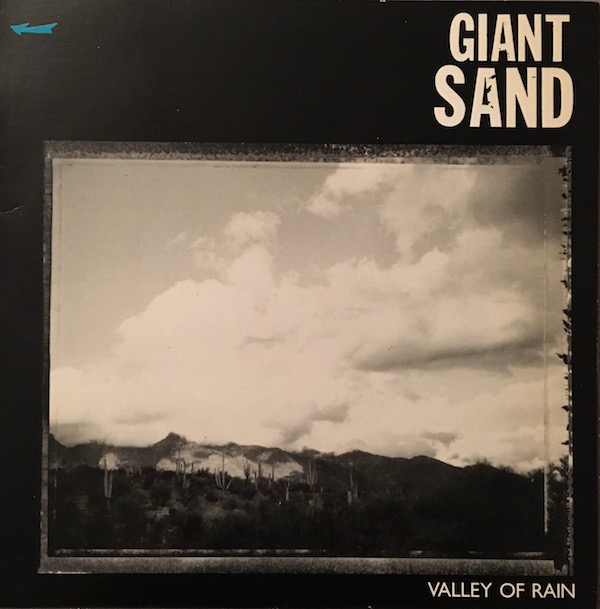 Bought in October, anywhere 1988, my third Giant Sand LP that year, and one of the albums I’ve listened to the most my entire life. 30 years down the road I’m still amazed by how cool it is. Little did I know that these desert punks would soon blossom into something totally unique and follow me close until this very day. One of those random love stories I guess. A nice landscape, indeed… 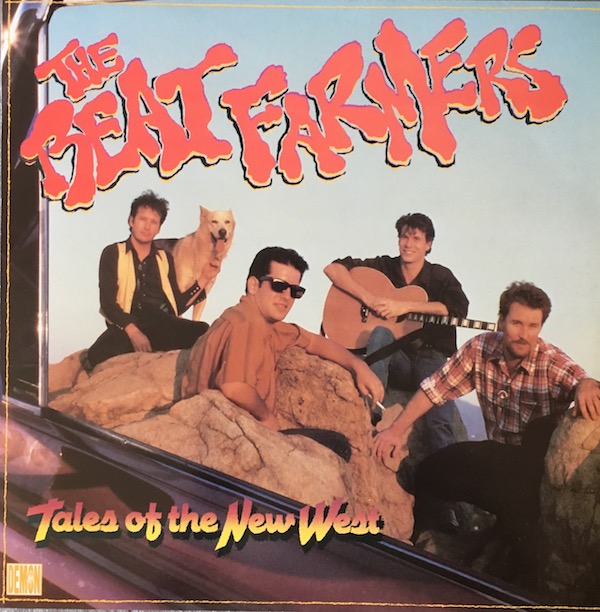 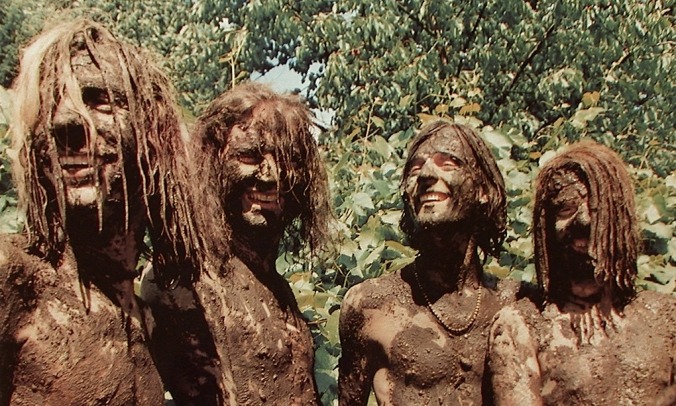 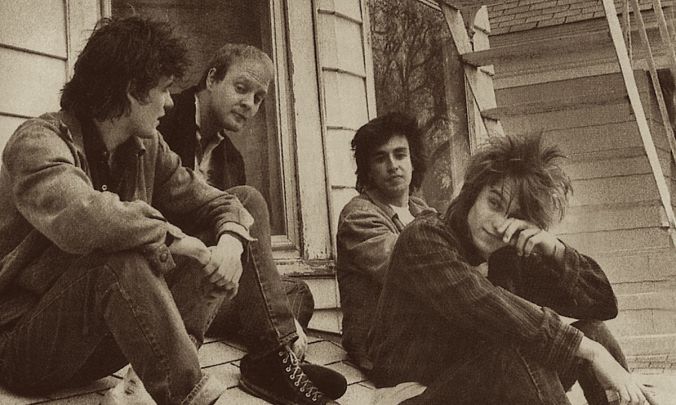 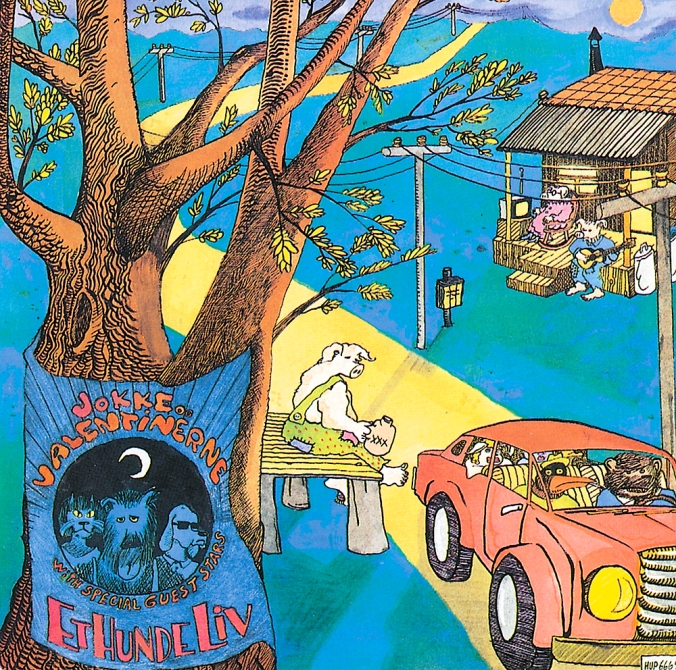 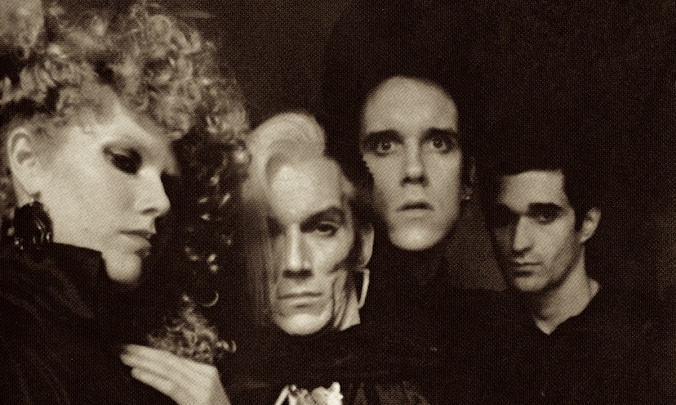 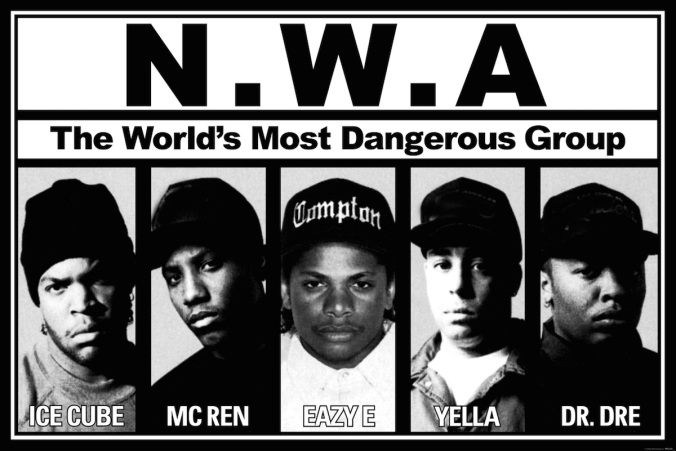 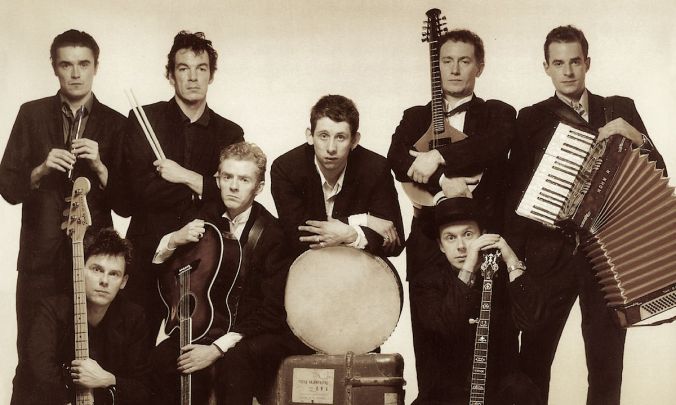 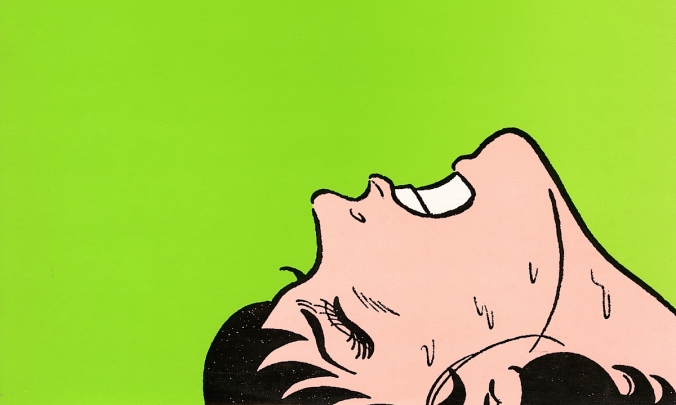 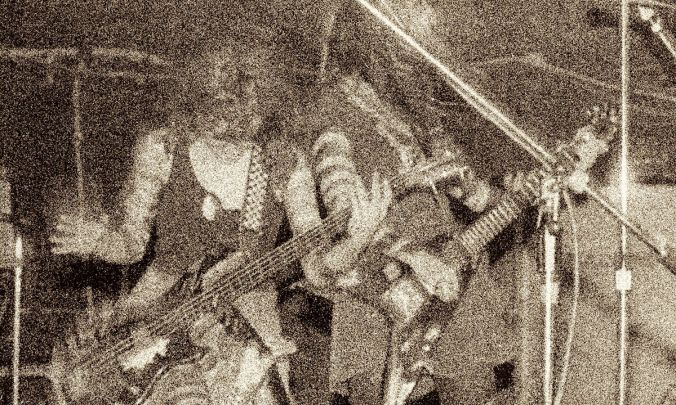 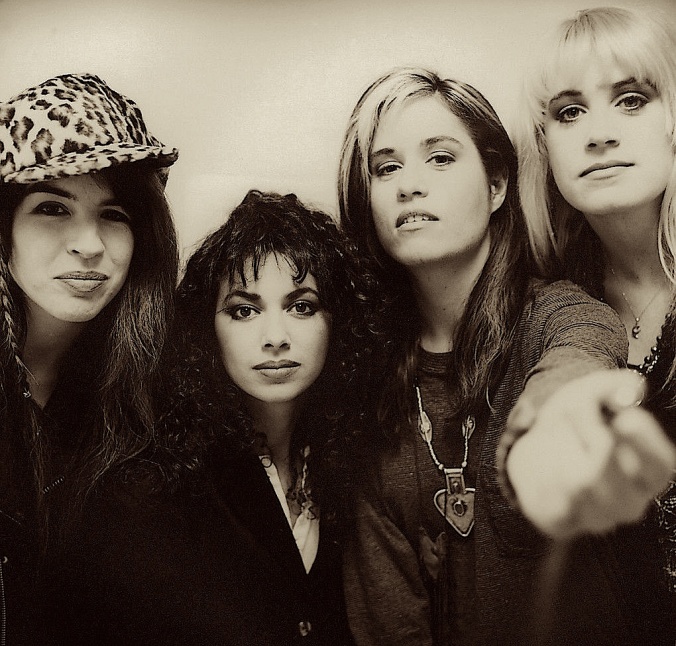 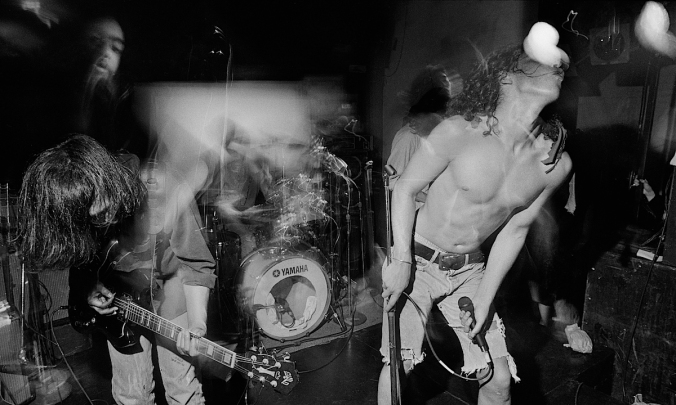