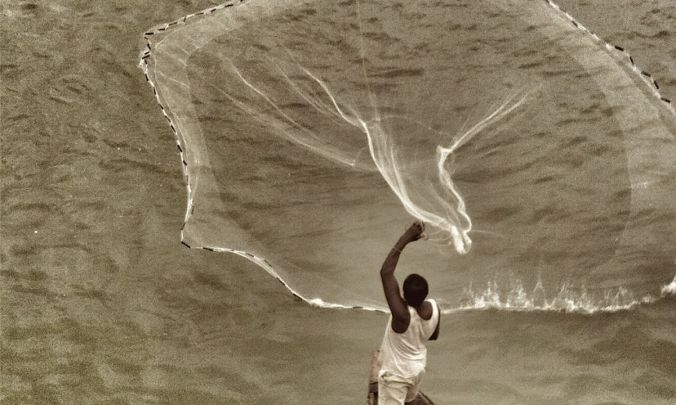 Hidden behind this largely unknown band we find three very experienced musicians with different backgrounds: Singer-songwriter and multi-instrumentalist Chris Eckman is best known for fronting Seattle rock band The Walkabouts, and the duo offshoot Chris & Carla. British-Dutch singer-songwriter Chantal Acda is a member of the Isbells and recorded her last solo album, Let Your Hands Be My Guide, with Nils Frahm and Peter Broderick of Efterklang. Next to her and Eckman there’s percussionist and composer Eric Thielemans of the EARR Ensemble.

The trio recorded their album in analogue at Sono Studios in Prague with renowned producer Phill Brown (Talk Talk, Kristin Hersh, Midnight Choir, The Walkabouts and others). Casting Nets is wonderful and melancholic, made of quiet and calm sounds perfectly timed for these cold, wintery days. It’s also multifarious and nuanced, shaped by its composers and their various characters.

I asked Chris Eckman to guide us deeper into his new project, this album and how it came to life:

I met Chantal at a concert we both played at, her with her band Sleeping Dog and me solo, in San Sebastian, Spain in the late 2000s. We talked backstage after the concert, both intrigued by each other’s music, and after a few exchanged emails in the months that followed; we came to the idea of doing something together.

Several years passed and by the time we actually got together in the same room to play, Eric had also joined us. Eric was Chantal’s suggestion and it was such a great one. Eric’s drumming lifts the songs in directions that don’t ascribe to the normal singer-songwriter conventions.

The three of you all have quite different musical backgrounds. How did you manage to tie it all together?

By purposefully not talking about it much, [laughs], I think once you start playing with different folks, it either works or it doesn’t. And this just simply worked. All three of us are pretty good listeners. We clue in to what the others are doing and try to find something complimentary. It is not complicated but it is not such a common thing either. It is amazing how few musicians really listen.

I guess you had to explore the unknown, in order to find some sort of a common musical platform. Could you say something about the process in the studio and how you approached each other?

We shared the songs via email before we went into the studio, but before the actual recording we had only ever played once together, in 2013 at my studio in Ljubljana. So at the actual album sessions we had to very spontaneous. There wasn’t a predetermined script of how we would play each song. We would rehearse a bit, discuss the arrangement and then simply play it all together. There was almost no overdubbing. Even the vocals were mostly done as live performances. We did the album very fast. Six days I think.

We had a clear vision that this group of three people could make a decent album together, but the specifics of how that would work developed out of the process of doing it.

How did you choose the name Distance, Light & Sky? Does it reflect the elements within the music?

We liked the metaphorical nature of those words. Those three in a way represent elements of what we might sound like to somebody. Also, we liked that there are three elements in both the band and in the band’s name – and it is a title of one of the songs.

You’ve been working with Phill Brown for many years. What qualities does he add to your music – and how did he affect the result this time?

Phill is a great facilitator of ideas. He has seen everything in his long career, so nothing seems strange to him. He never says ‘that can’t be done.’ He also has a wonderful way of creating dimension and space in his recordings. It starts with the way he places microphones and he carries his vision of sound all the way through the mix. In fact distance, light and sky is a pretty good description of what a lot of Phill’s recordings sound like.

Where and how do you place Distance, Light & Sky compared to your other musical projects?

It’s hard to place this group in amongst my other musical endeavors, because I don’t have any perspective yet. It is too early. All I do know is that I really enjoy Chantal and Eric’s company on a personal and musical level.

We all agreed that if we referred to Distance, Light & Sky as a side project it would diminish our commitment to it, and other people’s perception of it. So for all three of us, it is very much a band – maybe not full time, as we are all in other bands, but it is a band that will hopefully work steadily over the next years. 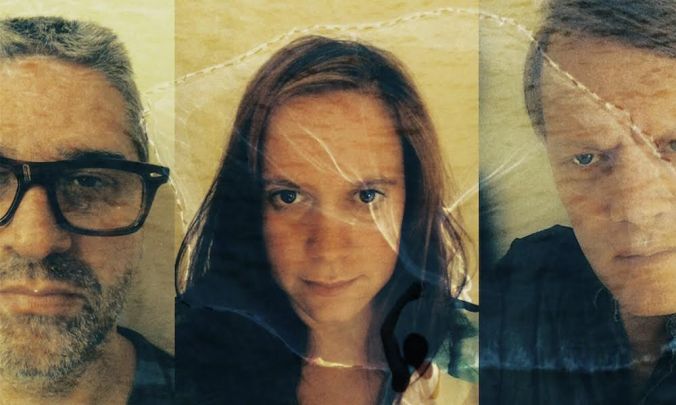